It’s time to boil down the philosophical theory of evolutionary progress and purpose after yesterday’s heavy post on instrumental and intrinsic purpose. What does this ‘big’ thinking mean to how we look our cities and our relationship with them?

Steve McIntosh, on whom I draw heavily for this exploration of purposes at different scales, offers the language of instrumental and intrinsic purposes when looking at evolution at a macro scale. I take some liberties today to think about what this means for our cities. I’m zooming in, perhaps closer than McIntosh would, so the limb I am venturing out on is my own. 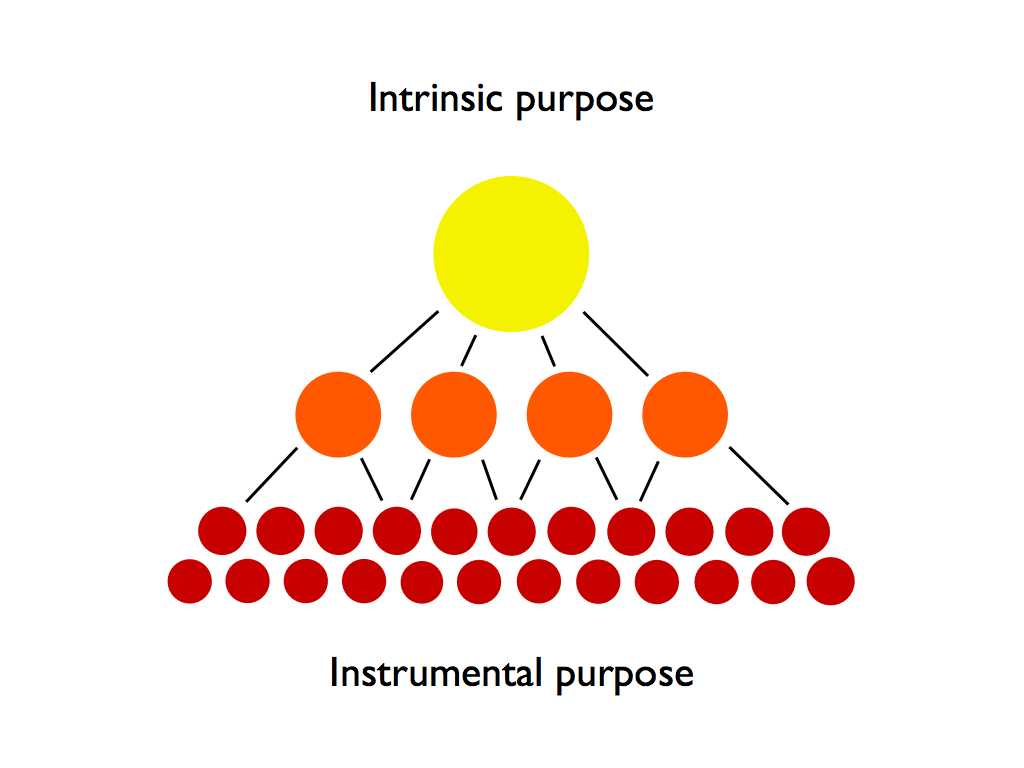 This diagram is an oversimplification of scales at work in the city, but consider the red circles as citizens and the yellow circle as the city – the habitat we build for ourselves. The yellow circle, the city, is made up of many whole entities, from organizations to families and citizens. An increasing number of cities on Earth now have more than one million whole entities – citizens -in them. (See the post that starts the Nest City book posts: are people growing cities or are cities growing people?)

In our city habitat, the large whole/holon is the city. It is made of millions of smaller wholes/holons that are both wholes and parts at the same time.  If you imagine the red circles as citizens, consider them as whole entities that form part of city. Just as the cells that make up our body are instrumental to our existence, citizens are instrumental to the existence of the city. Without citizens there is no city, and when we change our habits, we change our cities.

Citizens are fundamental to the creation of cities. Cities, in turn, are significant and have an intrinsic, essential value. When we start to notice what the essential value of cities is for us, we start to see a different relationship between us and our city habitat. The essential role of the city is its role in our very evolution; while we create cities they in turn are helping create us. And so on.

Simply by looking at the intrinsic value of cities, our role in them becomes increasingly instrumental. To organize for our own emergence, we need to consciously organize ourselves at the scale of instrumental citizens and an intrinsic city.  Our work at this time is to figure out what it means to consciously play a role in both the well-being of cities and citizens.

What do we choose to build?