The more I write, the more I aim to say what I mean in as few words as possible. And the more I look at what others say and dig in to see what they really mean.

For example, this headline: 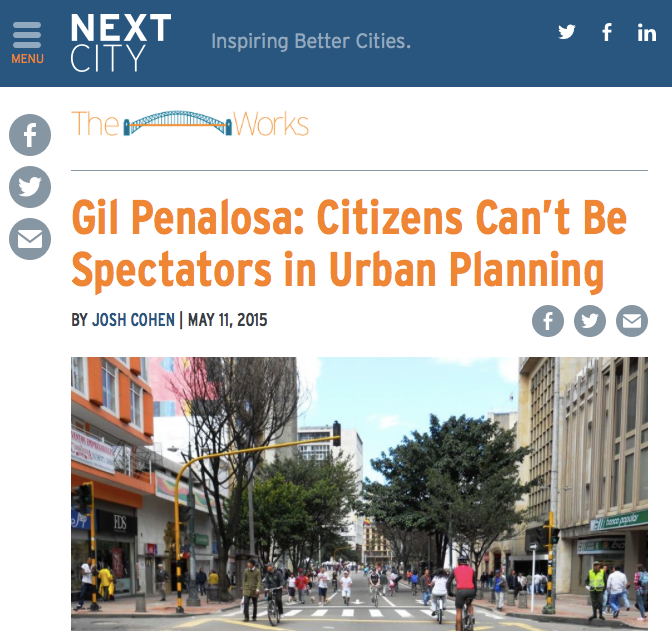 The words, “Citizens can’t be spectators in urban planning,” sparked two things in me.

First, the words do not tell us what citizens should be, a missed opportunity to reinforce the message of the article, that citizens must participate in the process of making cities that serve people well. This is as much about city governments involving citizens in decision making as it is about citizens simply getting involved. Citizens can get involved in the formal engagement process from city hall, and also take initiative to improve the city around them, in any way they see is needed. (Remember – work is the force that generates cities, so it is important!)

It’s easy, in our privileged corner of the world, to think that things are good, that we don’t need to engage ourselves in communal life around us. We have great disdain for corners of the world ruled by dictatorship, vaguely thankful that we live in a democracy. And even then, we often feel that our governments are distanced from us. At which point I ask this question: are you a spectator or are you engaged and participating in the city around you?

The second spark from this headline is the word spectatorship. If you are a spectator, you are contributing to the real dangers in our midst: apathy and indifference, even anger, usually served with a healthy dose of complaining. A spectator lets spectatorship rule. Remember, you have citizen superpowers at your disposal. The choice is yours.

Are you a participant in city life, or a spectator?