The Integral City eLab is taking place from September 4-27, 2012.  Our mission – to pool curious minds to co-create an exploratory space for anyone wishing to create cities that serve citizens and cities well.   We aim to create the conditions for a new, life-giving story for our cities, the habitat we create for ourselves to ensure we thrive.

We have created the eLab because we believe that:

The purpose of the eLab is to create the conditions for these three principle to gain life, to change how we think about our cities.  Our cities are a part of our evolutionary story and a significant part of the systems we humans build to support ourselves.  It is time to understand city systems.

Here’s the skinny on the format

The eLab will take place over four weeks, three days each week for a total of 12 days.  Each day of the eLab will explore one of the 12 evolutionary intelligences I have been exploring here and that form the basis of Marilyn Hamilton’s work (Integral City website, the book).  The 12 intelligences are grouped in threes, giving each week an overal theme:

Each day will explore one evolutionary intelligence through three questions and three principles that guide the intelligence.  This will be done each day at three scales (three sessions each day): a thought leader, people who design for this intelligence and the stories of practitioners of the day’s intelligence. 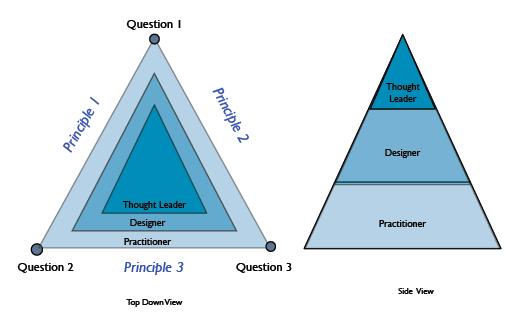 Feel free to explore the eLab program further at your leisure.  For details and registration please contact Marilyn Hamilton at marilyn@integralcity.ca

Over the next couple weeks I will be highlighting the speakers that will be sharing their work, life and stories about our relationships with our cities.

For the months of August and September I am taking a break from posting Nest City while I step up my work on an international webinar eLaboratory on cities:

Integral City eLab is 12 days of webinars from September 4-27 (Tuesday – Thursday each week) and an on-line learning environment to serve as an eLaboratory  to explore how to design prosperity systems for the liveable city.   Our intention is to create the space and place for people across the planet to share and learn of ideas about our relationship with cities.  We will explore big ideas and share stories.  Click here for information on the eLab.

I have three roles in the eLab:

So for Nest City readers, you will see a shift in focus here.  For the month of August I will be writing about the speakers that are engaged for the eLab.  For the month of September, during the eLab itself, I will be blogging each conference day about meaning I make of the day’s journey.  This will be a juicy side-journey that will provide lots of intelligence to put toward the creation of Nest City and nest cities.

I look forward to sharing the Integral City eLab with you!

October – back to Nest City blog

As I ran through Hawrelak Park yesterday, they were getting ready for this year’s Servus Heritage Festival here in Edmonton.  It occurred to me that the city is building a little city inside the city.  This little city is getting ready to do something very important in city life – it will tell us stories about ourselves.

Edmonton’s first Heritage Day took place in 1976 with the idea of getting people more familiar with the culture of others.  The Edmonton Journal reports today that the festival began modestly with 14 pavilions and 18,000 attendees.   It is now a three day festival with over 80 ethnic groups represented this year.  By 2006 the Festival’s attendance logged in at over 300,000.

This temporary little city has the physical hallmarks of any city.  It has infrastructure: tents, electricity, gas, structures, a source of water and a means to dispose of our waste.

It also has a group of 6000 citizen volunteers that ensure that the event can take place.  These people make sure this little city gets built and they make sure that when citizens arrive there is an event to enjoy.

The business community sponsors this event and provides significant support.  The Festival also relies on the support of partnerships with government and community organizations.

While we enjoy food and culture from around the world in Hawrelak Park this weekend, we also enjoy the food and culture that nourishes our city.  Physically and spiritually.  We have created an annual opportunity for people to dive into their own culture and strengthen their shared identity.  We are making a city on the Canadian prairies that is creating a whole new culture of cultures that allows various identities to thrive.

For information on this year’s Festival, please explore the Servus Heritage Festival site.